Your 10th Anniversary is a big event and one that has lots of meaning behind it.

The meaning behind the 10th anniversary symbols is wonderful, you would treasure any of these gifts on your Anniversary as they would be given with such love. 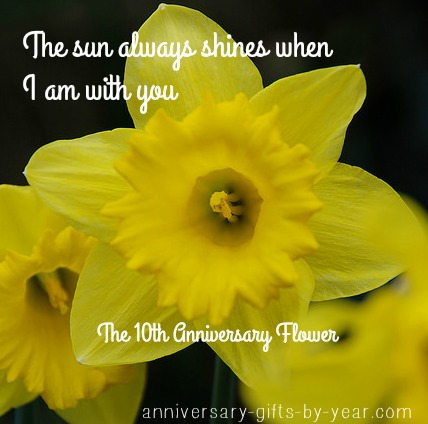 Anniversary Quotes For Ten Years Together

Over the years we have come across lots of beautiful quotes and poems, where love shines through.

Matt Damon celebrated his 10th Wedding Anniversary with his wife Luciana Bozán Barroso in 2015 and was quoted to have said;

"It's a crazy idea but I love being married to my wife. So I wouldn't tell anybody else about their relationship. But I'm lucky I found my wife. And I guess maybe, if there's any secret … it's to feel lucky."

A decade together as husband and wife,

may love always be with you throughout your life.

you are just getting started!

Love to you both

10 years is just the start

of a lifetime of love straight from my heart

We have lots of 10th Anniversary gift and party ideas to help you plan the most amazing celebration, from a quiet night in for just the two of you to a full on party with all the extras. 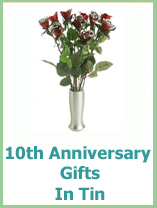 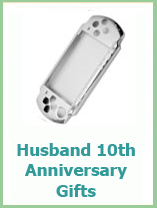 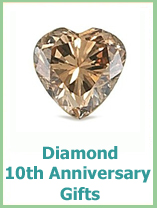 Planning an Anniversary party is fun, whatever your budget or number of guests. It is a time to celebrate all the fun stuff that has happened over the past ten years, which there is bound to be lots. (and probably lots of photos to prove it too. 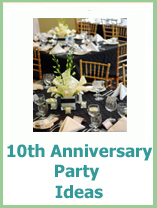 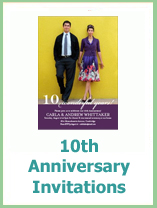 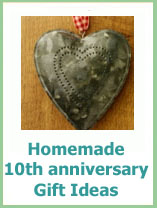