Anniversary party games work best when you get everyone involved. Your guests may not know everyone so playing games is a nice way to get everyone together and chatting.

Check out the Printable Party Games on Amazon

Games For The Grandkids 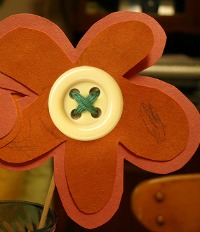 These type of anniversary party games will keep all ages together but if you have a number of children at the party you may want to volunteer some older cousins to come up with some fun games for them.

Ideas for anniversary party games for the children could be a craft based activity where the children make paper flowers for an anniversary gift, or party hats for themselves. You could have a children's scavenger hunt where there could be photos of the anniversary couple around the room that have a letter on them. When all of the letters have been found they will need to be rearranged to form a word which may be where the treasure is. Your treasure could be candy or a small gift for each child.

Bingo is a game that everybody can play. Our children love Bingo and it is one of those games that when they know the numbers they are desperate to join in. And it was a favorite of my grandparents too.

You could make your own Bingo cards and have a photo of the anniversary couple as the central square, or use the link below to personalize your own cards.

You will also need a bag of numbers, these can be picked up fairly cheaply in most toys stores. Or ask around someone is bound to have a Bingo set at home somewhere!

It would be a good game to play at the beginning of the party and you could have the anniversary couple give out the prizes. They can play too! 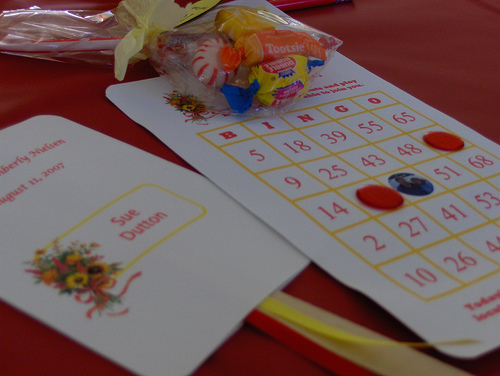 As well as party games it will probably be a good idea to have some music, you don't need a dance floor or a big band but having an mp3 player ready with some good party tunes will be another way to have some fun.

Have a great party!