Your anniversary party food is going to be a big part of your celebrations. But where do you begin in making your food choices?

You begin by considering such important aspects as:

Once you consider these, you may come to the conclusion that preparing the food and serving it will be more than you can handle. If this is the case, you may want to hire a caterer to help you with the hard work, or all of your family and friends together could put together a great feast.

Many people choose not to serve sandwiches on a buffet because they have a tendency of becoming dry and hard, plus they take ages to prepare in a big quantity. One big hotel I used to work at would buy in the sandwiches ready made rather than have one of the chefs spend the afternoon making them.

If you are not having the event catered, you can make the buffet a little easier to prepare by adding some platters all ready prepared. These are sold at lots of supermarkets. If you wish to spend more money on your buffet, you could add a platter of seafood, platters of cold meats and a hot dish or two. 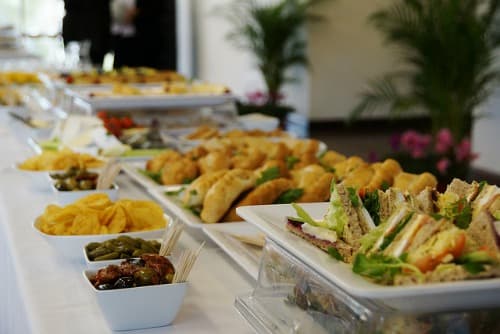 Photo by University of Exeter

Many people love the idea of having a theme that goes along with their anniversary party food choices. 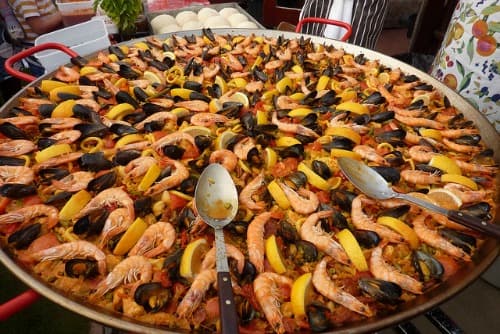 Yes, the party food is essential to every party, but it doesn't have to be expensive and as long as there is enough and not horrible, then the party is sure to be a hit.

Lots of inexpensive menu ideas that would be perfect for an anniversary party.

If you are planning on catering your party yourself then you will want to do to it so you can also enjoy the party.

Having a more relaxed informal party will be less stressful and any of the ideas above will lend themselves to the anniversary theme.