For most of the anniversaries you will find a flower to represent it.

Sometimes the flower may not be available due to the seasons so you may need to be a bit more creative and you may think that your flowers would be best following the more traditional list.

Think gold flowers for a 50th anniversary rather than violets. 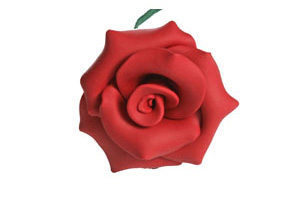 Or if you are looking for something a little more unusual how about flowers that are made from the materials of the traditional anniversary list?

Nearly all of the anniversaries are covered at Just Paper Roses and they look great. Plus they will last for years as a reminder of your special day. 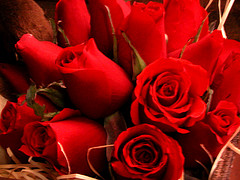 Although this list has been around for years not that many people know about it, so if you bought a bouquet of Dahlias for your 14th for example they would be nice but the meaning behind why would probably be lost.

In Victorian times flowers were often used as secret love messages and this is still such a lovely idea today. Here are the meanings behind the flowers on the anniversary list which gives much more meaning to the giving of flowers whatever the occasion.

Jack in the pulpit - no definition to be found - let us know if you have one!

Other ideas for your anniversary flower order could be a replica of your wedding flowers or you could have one flower for each year.

When it comes to choosing the flowers to decorate your tables at your party you may want to look more to the color of the flower rather than following the list.

Adding big blocks of color to your tables is easy with flowers and you could increase the impact by having a table runner or charger plates in the anniversary color as well. 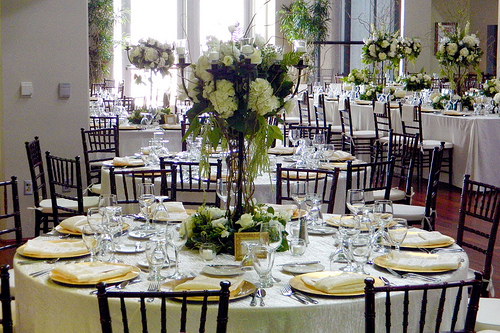