Being happily married for this long is a beautiful thing and your parent's or grandparent's 60th wedding anniversary invitations need to show that love whilst also making sure your guests know where they are going and when.

The theme of your anniversary party will also have a big impact on the invitations.

There are also many 60th anniversary invitations to look at for inspiration. 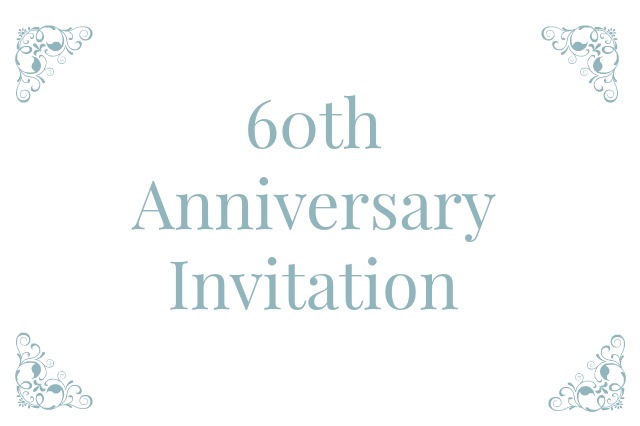 Most 60th anniversary parties are organized by the couple’s children which means that quite often the invitations are written from them and not the couple.

Robert and Emily request the presence of your company

at the 60th wedding anniversary celebrations

of their parents Simon and Suzanne

At The Mansion House

If there are a lot of you, you may want to have the invitations from the whole family.

At The Rose Gardens, State Park

Or you could be more informal

Please join us as we celebrate Simon and Suzanne’s

At The Old School House

Alternatively you may be wanting to include a vow renewal as part of the celebrations, we have ideas for wording here.