What Does The Opal Stone Mean?

Opals are the stone for faithful lovers ...

... and wow you couldn’t get a more perfect gemstone than that for an anniversary gift. It's almost as if it was made for this celebration.

This makes your 14th and 34th anniversary even more special than you already thought it was, because you guessed it opals are these year’s gemstone gift.

They look pretty too… pause for dramatic effect while we all become hypnotised by their glittery sparkles. 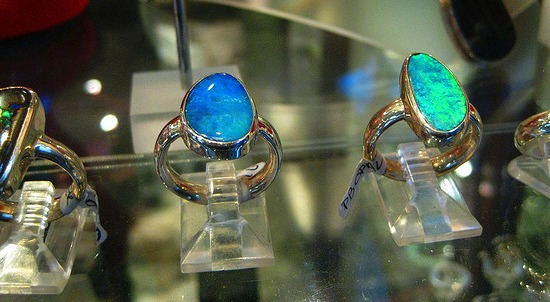 That is almost what happened to the Roman Emperor, Marc Anthony who loved them so much he sought them for the love of his life Cleopatra and as you can imagine the Romans valued Opals above all gemstones.

In the Middle Ages it was believed that Opals brought good luck as they had all the powers of all of the gemstone colors represented within it.  Source: Wikipedia

“Mysterious opals contain the wonders of the skies - sparkling rainbows, fireworks, and lightning, shifting and moving in their depths” Author Unknown

There are 3 types or colors of precious Opal – Milky Opal – white with a rainbow of colors, rare black Opal – dark green colors and Fire Opal – red and orange colors. So there are lots to choose from.

Take a look at the beautiful, handcrafted Opal gifts at novica.com

And there are also lots of Opals at Amazon too

If you fancy combining your gift of opals with a fantastic anniversary vacation then you have a few main places to think about.

All of the gift symbols are beautiful and the gift you choose will be treasured for many years.