Help for your anniversary invitation wording is here!

Surprise Party invites will need to be sent by a third party, don't have to be a genius to work that one out but here is one idea to get you started.

Bobby and Emily are delighted to invite mr and mrs blank blank on 12th July 2022 at The Country House to help celebrate their parents Simon and Suz surprise silver wedding anniversary party. Please arrive by 1.45. Rsvp to Bobby and Emily only!

Formal Party invites are normally written in the third party. 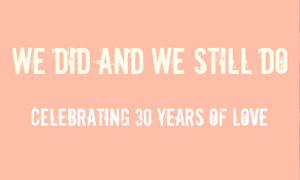 Informal Party invites can be written by whomever you want them to be. You could start with a classic line "Guess who has been married for 25 years?" The invites needs to have the date, the place and the time and how you want your guests to reply. It is your invite so you can write it in any order.

Simon and Suz are celebrating 25 years of domestic bliss! Come and celebrate at The Country House, Cheltenham, 12th July at 1pm. RSVP

If you have a specific dress code you may want to add this to the invite, ie Black tie or grass skirts only, as you want to put your guests at ease.

Another good site for anniversary invitations is bjoyfulinvitations.com they have lots of beautiful invitation ideas.