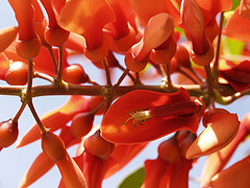 35th wedding anniversary themes and colors are traditionally coral or from the modern list, jade. Both are gorgeous and their colors are stunning.

Sadly the coral around the world needs help to stop it disappearing altogether, so rather than gifting the real thing we have found lots of gifts that are inspired by both coral and jade.

Coral and Jade colors are both fantastic for your Anniversary Party.

35th Anniversary Themes for your party

Using coral or jade or both as your 35th Anniversary party theme will be great for the overall look of your party.

If you went with coral, you have a beautiful red/ orange pink to use as the accent for your party decorations.

There are lots of flowers in the coral colors;

A very fashionable color combination at the moment is coral and pale blue and gives a very bright look to a room. The look has an oriental flavour which you could use to continue your theme into the food.

If you decided with jade then you have a very clean striking color for your decoration.

For your flower decorations, green flowers are

You can also find beautiful jade green glass bowls and candle holders, these look great lit in the evening and would add a lovely green sparkle to your room.

Or you could combine both coral and jade colors for a very bright looking anniversary party and they look amazing together as you can see in the photo below. 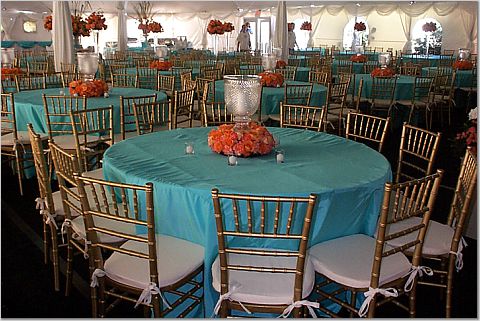 You could have red rose petals scattered on the tables with candles for added sparkle or big eiffel vases with a single stems in each.

A single red rose is also perfect for a small candlelit dinner for the two of you or if you are planning a surprise party then you could have a bouquet of red roses as the bouquet gift.