Another traditional cake topper idea is to have the number of the wedding anniversary ie 50 and then decorate the cake either with flowers or bells. You can buy numbered cake toppers and quite often they are in the colors of the anniversary. If you can't find the right number then have a look at birthday cake toppers or make your own. 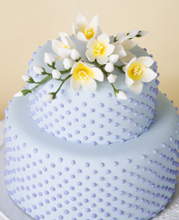 Of course you can also buy your numbered cake topper!

Rather than a bride and groom on the top of the cake you could have a couple enjoying their favorite hobby; golf, sailing, walking.

You could have a modern cake almost like today's wedding cakes with cake tiers, you could have this decorated with flowers - real or sugar paste.

Fun novelty cakes are great - a suitcase ready for their anniversary trip of a lifetime, a big present, a cruise ship, a set of golf clubs, dancing shoes - think about your anniversary couple - what would they think is fun.

At my in-laws silver anniversary party the grandchildren insisted the cake had 25 candles and that we sang "Happy Anniversary to you" to the tune of Happy Birthday!

Here are some lovely anniversary cake toppers available at the moment. 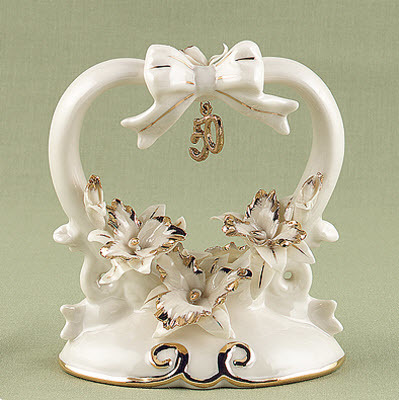 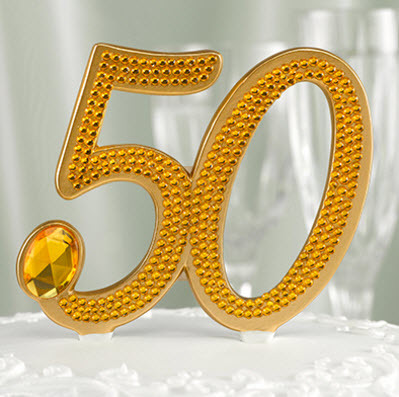 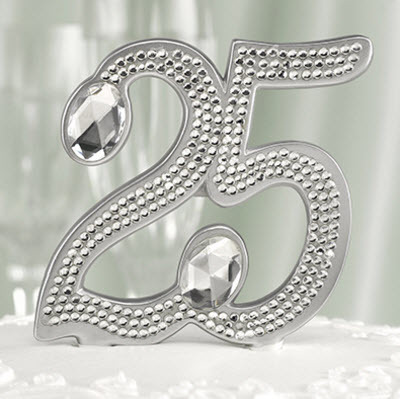 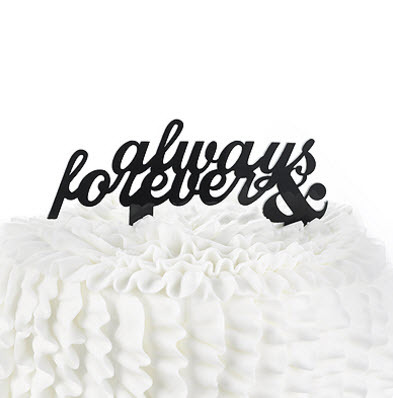 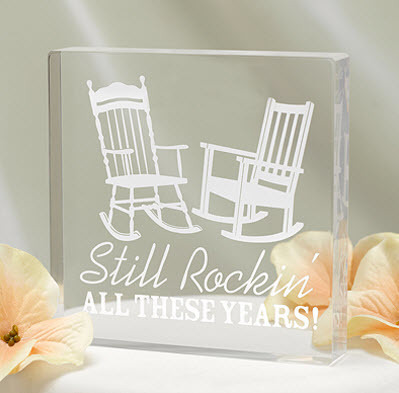