The Little Dunmow Flitch Trials are possibly the ultimate love test for your marriage as to enter you have to prove to the Judge and Jury of 6 maidens and 6 bachelors that in 'twelvemonth and a day', you have 'not wisht yourselves unmarried again'.

Which is saying that for every day for a year and a day you have wanted to be married to each other. Sounds easy, doesn't it, but how on earth do you prove it? 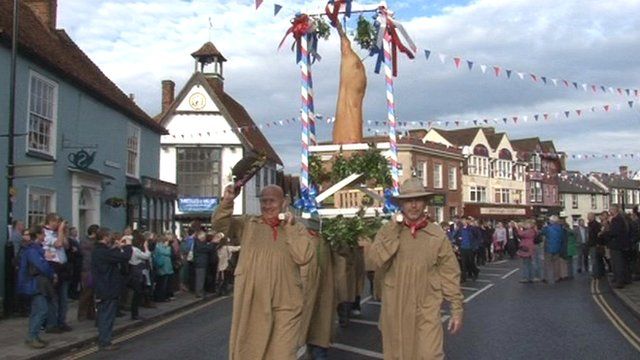 In case you are interested in entering, the trials are every 4 years in the village of Little Dunmow, which is just outside London, England and the next one will be held on 9th July 2016.

Maybe we will see you there? Feel we could all make a pilgrimage!

History Of This Ancient Marriage Test

It is believed that the Dunmow Flitch Trials began in 1104, when the then  Lord of the Manor Reginald Fitzwalter and his wife, dressed in rags and asked for their marriage to be blessed by the Prior, one year and one day after they were married. The Prior was so impressed with the couple's devotion to each other that he gifted them a Flitch of Bacon, which is a big side of bacon.

The Lord of the Manor Reginald Fitzwalter revealed who he was to the Prior and gifted his lands to the Prior on the condition that if other couples could prove that they were as devoted to each other they would also be gifted a Flitch of Bacon.

By the 14th Century the Dunmow Flitch Awards were really famous across all of the country and couples traveled from all corners to try their marriage in the hope of winning the prize.

For a while the trials were stopped but were reintroduced after WW2 every four years.

You can read all about the trials here and enter as well!

You don't compete against other couples, as everyone who enters could win the Flitch of Bacon as long as they can prove their devotion. 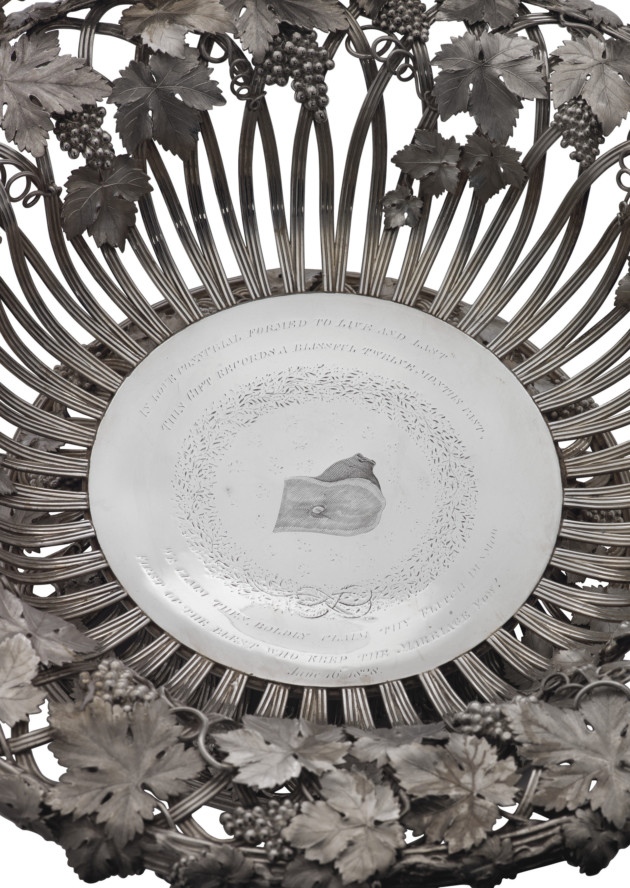 This stunning engraved silver bowl was a gift from the Duke of St Albans to his wife Harriet, the Duchess of St Albans on their 1st Anniversary. There was quite an age gap between them he was 22 and she was in her 50s which caused quite a bit of gossip in the 1800s .

His Anniversary Gift is engraved with a poem about the Dunmow Trials which he wished were still happening as he was sure they would win.

“In the love can you be all formed to live and last,

This gift records a BLISSFULL twelvemonth past;

We claim then, boldly claim, the flitch Dunmow,

First of the blessed, to thy marriage vow.”